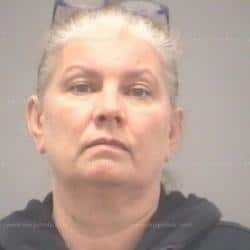 Deirdre M. Daly, United States Attorney for the District of Connecticut, announced that BARBARA O’HARA-LEONE, 53, formerly of Norwalk, was sentenced today by U.S. District Judge Vanessa L. Bryant in Hartford to 30 months of imprisonment, followed by three years of supervised release, for embezzling from a Stamford dental practice.

According to court documents and statements made in court, O’HARA-LEONE worked as an office manager for a dental practice in Stamford.  From approximately June 2012 to May 2012, O’HARA-LEONE stole insurance checks issued to the victim and deposited them into her personal bank account.  In addition, she submitted fraudulent claims to several insurance companies for work that was never completed in the names of existing patients, and then deposited the resulting insurance checks into her personal bank account.

As part of those fraudulent claims, O’HARA-LEONE used names, dates of birth, and Social Security numbers of the victim’s patients.  During the course of the scheme, O’HARA-LEONE stole more than $100,000.

O’HARA-LEONE was ordered to pay restitution in the amount of $100,979.89.O’HARA-LEONE has been detained since her arrest in North Carolina on April 23, 2013.  On October 4, 2013, she pleaded guilty to one count of wire fraud.This investigation was conducted by the Connecticut Financial Crimes Task Force, which includes members of the U.S. Secret Service, U.S. Postal Inspection Service, Internal Revenue Service – Criminal Investigation, Connecticut State Police, and the Greenwich, Hartford, Monroe, Stamford, Shelton, Stratford and Waterford Police Departments.  U.S. Attorney Daly specifically recognized the efforts of the Greenwich and Stamford Police Departments for their assistance in the investigation and prosecution of this matter.