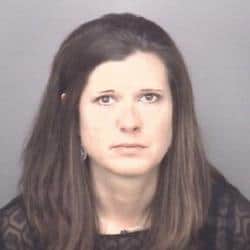 STAUNTON – A Swoope woman accused of bilking a local pediatric dentist of more than $8,000 has been convicted on five misdemeanor charges of embezzlement, dodging several felony charges in the process, court records show.

However, the defendant couldn’t dodge a short stint in jail.

Shaver was working for Dr. Brian T. Brumbraugh in Staunton when she began using the credit card, the prosecutor’s office said. The purchases began in 2012, according to Shaver’s indictments, and continued for about two years.

In all, Shaver was given five years in prison with all but 14 days suspended. Shaver will report to jail after the holidays on Jan. 4, and court records indicate she will be allowed to serve her sentence on the weekends.

Shaver entered Alford pleas to the amended charges last week, admitting no guilt but acknowledging there was enough evidence against her for a conviction.

A 2011 divorce seems to have contributed to Ms. Shaver’s financial woes — she declared bankruptcy in 2014