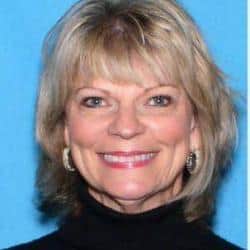 The Homewood Police Department received a complaint from a local Orthodontist regarding possible embezzlement by an employee. After a month’s long investigation by Homewood Police CID the case was presented to the Jefferson County District Attorney’s White-Collar Crime Unit. On May 8, 2015 a felony warrant was issued for Susan Warmack Davis, W/F, age 61 of Homewood for the theft/embezzlement of $54,770.

The insured in Chancey v. Cincinnati Insurance Co. was a dentist who had “married the wrong woman.”

Dr. Chancey’s wife managed his dental office, but in the course of running that office, she ran up over $300,000 of credit-card debt and stole over $25,000 from his dental practice. The two divorced, and Dr. Chancey later sought coverage for his wife’s misdeeds under a bond that covered loss resulting from employee dishonesty.

The insurer denied coverage because his wife was not an “employee.” A federal district court in Alabama agreed with the insurer. The bond defined employee as a “natural person [w]hom you compensate directly by salary, sages or commissions,” but the record was clear that the wife had never received a salary, wages, or commissions for her work at the dental practice. The court entered summary judgment in favor of the insurer.

Authorities recently arrested an Ozark woman on charges she stole $16,658 in cash from her former employer a local dentist office.

Batchelor was released from custody at the Dale County Jail after she posted $2,500 bail. 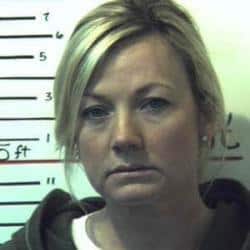 Enterprise Police arrested an Enterprise woman in connection with the alleged theft of more than $100,000 from Dr. Kenneth W. Chancey, a local dentist.

Tammy Murphy Chancey, 39, was married to Dr. Chancey when the thefts are alleged to have occurred.

The complaint states that Tammy Chancey was serving as a bookkeeper for the dental practice during the time the thefts allegedly occurred.

She was charged with first-degree theft of property and released on a $10,000 bond.

A former office manager for an Atmore dentist has been sentenced to four months in prison plus four months of home confinement by a federal judge.

Toni McMurphy, 55,  pleaded guilty to health care fraud and mail fraud in federal court. Friday, McMurphy was sentenced by Judge Kristi K. DuBose to four months in prison. She will be allowed to voluntarily surrender at a future date after being notified by the U.S. Marshals.

Her prison term will be followed by four months of home confinement under the supervision of the Bureau of Prisons during which time she will be subject to electronic monitoring or another location verification system.

McMurphy was not fined, but will face a restitution hearing in May to determine if she will be required to pay restitution to her victims.

In her plea agreement, McMurphy admitted that while working for Buckley and Buckley Family Dentistry between January 1, 2006, and November, 2008, she bilked about $45,000 from insurance companies by filing false claims for services never performed or by upgrading lower cost procedures to higher cost procedures.

The mail fraud charge stemmed from an incident in June, 2008, when McMurphy admitted that she filed a false claim with Blue Cross and Blue Shield of Alabama asking for reimbursement on behalf of a patient claiming that the dentist had extracted two of her teeth. Blue Cross and Blue Shield then mailed a payment for the services never performed to an Atmore post office box.

This story has been updated to reflect the sentence is four months in prison *plus* four months home confinement.