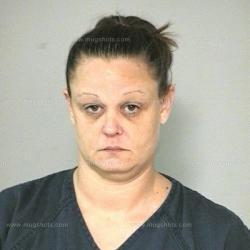 The 40 year-old Bellaire woman was charged with stealing thousands of dollars from her employer in 2013. According to prosecutor Susan Sweeney, Williamson was an employee of a local dentist who took advantage of her employers trust while he was focused on caring for a sick family member. Williamson stole more than $38,000 over several months by stealing checks, applying credits to her debit card, and other means.

Williamson had committed various forms of theft, forgery, and credit card abuse before, but was never convicted of more than a State Jail Felony and never been sentenced to more than two years in confinement. Several of her previous victims testified in the sentencing hearing including her sons former kindergarten teacher, previous employers, and a Good Samaritan who responded to a KSBJ prayer request that Williamson made based on a fabricated hardship.

The defendants behavior is despicable, said Sweeney. She took advantage of someone who trusted her during a difficult time, without compassion or sympathy. This sentence should protect our citizens from the predator that she is. Theft in this case is a second-degree felony, punishable by 2 to 20 years in prison and an optional fine of up to $10,000.