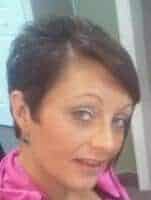 Hatboro police Chief James Gardner announced the arrest of three individuals in the connection with the theft of more than $40,000 from a dental practice in the 100 block of North York Road, Hatboro.

Hatboro police were notified on July 12 by the dentist that he had discovered checks payable to his practice had been forged with his signature and cashed by a male suspect at a check cashing business on Jacksonville Road in Warminster Township. Based on video recordings obtained from the check cashing business, police were able to identify the individual cashing the check as Lynch, police said.

Further investigation determined that Beaghley, who was employed as an office manager by the dental practice, engaged in a conspiracy with Broaddus and Lynch to steal and forge checks with the dentist’s signature, police said. Beaghley would turn the checks over to Lynch and her associate, Broaddus, and upon receiving the checks, Lynch cashed them at the Warminster location utilizing the dentist’s identification, police said.

According to police, the three engaged in this conspiracy from April into July of this year. Police have identified more than 140 checks that were forged and cashed as well as several fraudulent insurance claims submitted by Beaghley, police said.

As a result of the investigation, the individuals were all charged with the following offenses: dealing in the proceeds of unlawful activities, theft by unlawful taking, theft by deception, receiving stolen property, theft by failing to make required disposition of funds received, forgery (142 counts), access device fraud, insurance fraud, identity theft, unlawful use of computers (119 counts) as well as the conspiracy to commit each of the above crimes.

Beaghley was arrested Aug. 21 in Lycoming County, and upon being returned to Montgomery County she was arraigned before District Judge Harry Nesbit of Horsham, police said. Bail was set at $250,000 and was remanded to the Montgomery County Prison in lieu of bail.

Lynch was arrested Aug. 22 and arraigned before District Judge Leo, police said. Bail was set at $250,000 and Lynch was released from custody.

A preliminary hearing has been scheduled for all three Aug. 30 before District Judge Paul Leo of Hatboro.