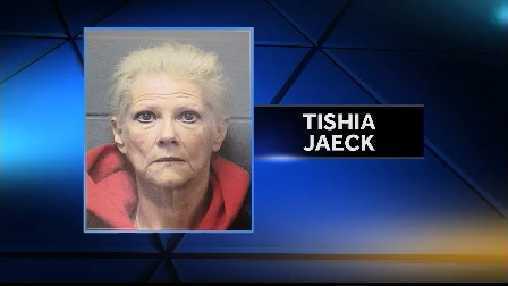 GREENFIELD, Wis. —A 51-year-old woman was convicted of stealing tens of thousands of dollars from a dental office in Greenfield while working as its office manager.  She was sentenced in February 2015 to a seven-year prison sentence, but was eligible for release after sixteen months.

Tishia Jaeck might have gambled away some that cash, police said.

Unbeknownst to Greenfield’s Progressive Periodontics, its business manager is now accused of quietly siphoning tens of thousands of dollars a year that should have been going to the practice.

Greenfield police said Jaeck would encourage patients to pay with cash and would then pocket the money, covering her tracks.

“She encouraged them to pay with cash to get a 3 percent discount because this scheme wouldn’t work with a check or credit card,” Schlecht said. “She would print out a receipt and then go back into the software and delete it. That way, the patient’s bill would show up that it’s paid. The patient would get their receipt, but the dental office never got the money.”

Once prosecutors got the case from Greenfield police, they did some more digging, which that led them to a dental office in West Allis. They learned that Jaeck was convicted of doing the same thing there just a few years earlier.

In the West Allis case, she was accused of taking nearly $20,000 in a similar scheme.

“We find that all the time that the person doing the embezzlement is a very trusted loyal employee that you would never suspect. And that’s why they get away with it,” Schlecht said.

Jaeck refused to answer any police questions about where the money might have gone, but prosecutors subpoenaed her Players Club records for Potowatomi Casino and found that she lost $50,000 over the nearly three years that she worked at the dental office.

According to the complaint, the embezzlement took place for most of Jaeck’s employment — from 2011 until April.