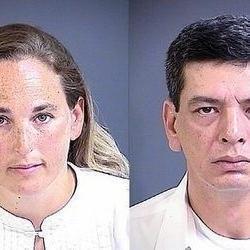 Two Medical University of South Carolina College of Dental Medicine employees were arrested Monday and accused of stealing nearly $28,500 by altering payroll documents and buying expensive electronics for personal use, according to court affidavits.

Both were charged by the State Law Enforcement Division. It is unclear if the two are still employed there.

Latrace is listed in the affidavit as the College of Dental Medicine finance director and allegedly instructed O’Brien and another woman, who has not been charged, to submit false payroll documentation for more pay instead of giving them raises.

O’Brien, whose job title is not listed, is also accused of purchasing numerous electronics using MUSC’s money between June 19, 2012 and April 21, including a surveillance camera, GoPro camera, Bose Quiet Comfort headphones, a Macbook Air and iPad. Latrace told the police that he took the property, worth a combined $4,731.69, for his own use and consented to a search of his home, where the items were found, the affidavit states.