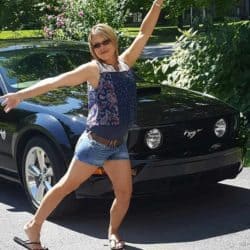 QUEENSBURY – A 33-year-old Fort Ann woman was arrested this week on a charge she stole more than $8,000 from the dental office where she was employed, police said.

Nicole Bolduc was charged Friday with fourth-degree grand larceny, a felony, in connection with the theft of money from Aspen Dental in Queensbury, where she worked as an office manager, according to the Warren County Sheriff’s Office.

Bolduc was accused of taking cash that was paid by patients for dental services, and altering billing information in the computer to cover the theft, police said.
Aspen Dental discovered the theft during a recent audit, said sheriff’s Lt. C. Shawn Lamouree. She is no longer employed by the office, he said.
Bolduc was arraigned in Queensbury Town Court and released on her own recognizance. The case was investigated by sheriff’s Investigator Mo Aldrich and Patrol Officer Terri Jeffords.