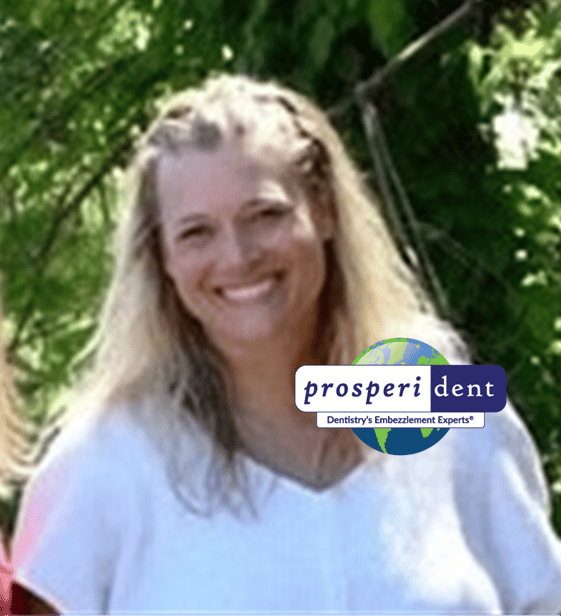 It looks like Prosperident’s Million Dollar Club may have a new member, and it appears that her husband is implicated as well.

A former co-worker of the accused confirms that they approached the practice owner with concerns about Ms. Cummings several times but was rebuffed. We also hear that she was suspected of embezzling from other practices previously.

See the story that follows.

Baldwinsville, N.Y. — A Brewerton husband and wife have been charged with stealing more than $1.1 million from a dental office in Baldwinsville, according to the State Police.

State police did not reveal the name of the dental office in Baldwinsville, but Kimber Cummings is listed as the office manager of Baldwinsville Family Dental on multiple online company listings and her LinkedIn page. State police said she had been fired from her job.

Kimber Cumming’s husband, Wayne M. Cummings, 51, was also arrested, but police did not reveal his exact role in the embezzlement. The couple was arrested on Thursday.

About $435,804 was laundered from the couple’s bank accounts through two limited liability companies (LLCs) which were formed by Kimber Cummings after she was fired from the dental office, troopers said.

Kimber Cummings was also accused of trying to pay herself $120,908 after she was no longer working at the office, troopers said.

Both were held at the Onondaga County Justice Center until their arraignment, troopers said. As of Friday, they had been released, according to jail records.