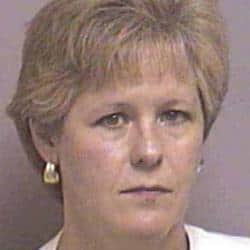 WIRTZ — A Wirtz woman has been sentenced in Franklin County Circuit Court to 31 years in prison for embezzlement and fraudulently obtaining prescription drugs while employed by a Martinsville dentist.

All but two years of the sentence was suspended, according to court records.

In addition to the prison sentence, Margaret Lawson Martin was placed on supervised probation for three years and ordered to be of good behavior for 30 years. She was also ordered to pay $30,000 in restitution in addition to the $30,000 she has already paid back.

Lawson pleaded nolo contendere (no contest) to the charges. A no contest plea serves as an alternative to pleading guilty or not guilty and has the same effect as a guilty plea.

The embezzlement and prescription drug fraud occurred while Martin was employed by Dr. John Walrod, according to Franklin County Commonwealth’s Attorney Cliff Hapgood.

Court records show that a grand jury indicted Martin on six counts of embezzlement. Each embezzlement charge was in excess of $200. The grand jury also returned 19 indictments against Martin for obtaining prescription drugs by fraud.

The embezzlements occurred in April 2004. The prescription drug frauds occurred between May 2005 and August 2005, according to court records.