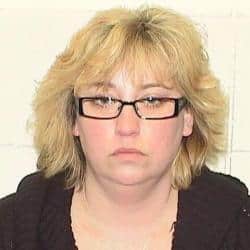 SOUTH WINDSOR, Conn. (WTNH) — A Vernon woman is facing embezzlement charges after police say she stole money from the South Windsor dental practice where she worked.

42-year-old Alicia Parzych was arrested on a warrant on Friday.

Parzych’s charges stem from a December 2013 complaint by a local dentist where she worked. Investigators worked with the victim and reviewed years of bank records, which led to her arrest.

She was released on $25,000.000 bond and is scheduled to appear in Manchester Superior Court on April 3.