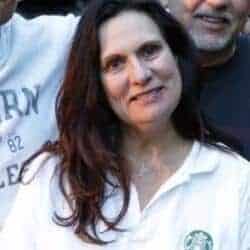 Update July 31, 2018:
Katherine Hargarten, 67, pleaded guilty in Island County Superior Court to first-degree theft and filing a false insurance claim, both felonies. Hargarten, a former dental clinic office manager, will serve three months of electronic home monitoring and 240 hours of community service. She will pay $817 in court fees and a restitution amount to be determined later.
According to the investigation, Hargarten filed 55 claims with MetLife insurance from June 2008 to June 2015 totaling $17,908 on behalf of her husband. Most of the claims – 38 – were for treatment that never occurred; the remainder were treatments the dentist provided to employees for free. The dentist discovered the questionable claims and reported them to MetLife, which in turn reported them to Kreidler’s CIU, as required by state law. The dentist’s office terminated Hargarten’s employment in January 2016.

Original story:
The former office manager for an Oak Harbor dentist is accused of stealing thousands of dollars by making false insurance claims, court documents say.
Prosecutors charged Katherine D. Hargarten, 66, of Coupeville, in Island County Superior Court March 14 with theft in the first-degree and five counts of making false claim for a health care payment.
The fraudulent insurance claims were discovered during a 2015 audit by the dentist who purchased the practice from another dentist. Hargarten worked for both men.
Hargarten allegedly filed claims in her name and her husband’s name. The checks from the insurance company went directly to her husband, according to a report by a detective with the Washington State Office of the Insurance Commissioner.
Hargarten is suspected of obtaining nearly $18,000 in fraudulent benefits from 55 fraudulent claims, the report states.
If convicted of the charges against her, Hargarten could face from 14 to 18 months in prison under the standard sentencing range.
Content retrieved from http://www.whidbeynewstimes.com/news/woman-66-accused-of-filing-bogus-dental-claims/