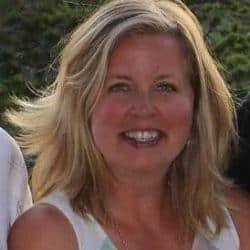 The dental office had to spend both time and money to account for Borsheim’s behavior, he said.
“She violated the trust relationship of all the employees at Menomonie Street Dental,” Van Gorden said.

Borsheim, 32, 1327 Jensen Road, pleaded guilty to a felony count of theft by employee and a misdemeanor charge of theft. Two misdemeanor counts of fraudulent data alteration were dismissed.

District Attorney Brian Wright said the loss to the dental office was between $12,000 and $15,000.
“This was an obvious gross mistake on her part,” Eau Claire defense attorney William Laman said of Borsheim, who has had difficulty obtaining employment since she was charged in the case.
“She’s paying the price now,” Laman said. “That will exist for the rest of her life.”

According to the criminal complaint:
Borsheim was the office coordinator at Menomonie Street Dental, 1020 Menomonie St., from 2007 to last September.
The dental office administrator told the police Borsheim was fired for writing a check to herself adding overtime for hours she never worked.
The office administrator said Borsheim stole more than $12,000 between January and September 2011 by:
— Reimbursing herself from the employee flexible spending day care and medical expense account.
— Writing herself reimbursement checks for items never received by the dental office or for items without proof of purchase.
— Buying personal items with Menomonie Street Dental’s credit card and reimbursing herself for items bought with the credit card.
— Reimbursing herself through incomplete or nonexistent mileage records.
— Getting paid for time that did not conform to her time clock notes and receipts.

Borsheim was responsible for handling her own and other employees’ deductions and reimbursement requests, processing payroll, and writing checks. She could enter and modify her work time in the computer timekeeping system.

The office administrator first became suspicious of Borsheim when she issued herself her own paycheck on Sept. 6, voided it, and later the same day wrote herself another paycheck with four hours of overtime she did not work.

Borsheim denied intentionally taking overtime and told the police she accidentally used the Menomonie Street Dental credit card instead of her own card to make personal purchases.
As part of a deferred agreement with prosecutors, the felony charge will be dismissed in one year if Borsheim commits no new crimes and pays $2,635 in restitution. About $10,000 of Menomonie Street Dental’s loss has been recovered through insurance.

For the misdemeanor conviction, Borsheim has the option of spending 10 days in jail or performing 80 hours of community service.