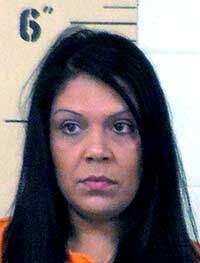 MARBLE FALLS — A Granite Shoals woman allegedly admitted to Marble Falls police that she took several thousand dollars from the dentist office at which she had once worked.

Police have charged Martha Ann Soto, 32, with theft of property ($1,500 to $20,000) after employees at a Marble Falls dentist clinic noticed cash missing.

The investigation began in October 2013 when a patient reported paying a bill by cash, but when one of the office staff members reviewed records, the employee noticed the payment was supposedly made by credit card, according to an arrest affidavit sworn out by Marble Falls Police Sgt. Tom Dillard.

“They had some concerns, with some bookkeeping irregularities, all of which kind of tracked back to one former employee,” the investigator said.

The alleged “irregularities” occurred between January 2013 and July 2013.

After looking into the matter further, the employee found neither a credit card or cash payment corresponding with the patient’s billing. After comparing other patient files to credit card payments, the employee identified at least 11 similar situations, the affidavit stated.

When Dillard began investigating the alleged theft, he contacted several of the patients. He learned three patients had handed cash to the suspect for dental services.

“Each of those accounts reflected a credit payment, but two of them (clinic patients) stated that they did not have the type of credit card listed as payment,” Dillard stated in the affidavit.

Dillard interviewed the suspect in late June. The woman left the clinic in August or September 2013, the officer said.

“In the course of the voluntary interview, she admitted to taking cash from the business on seven to 10 occasions for a total amount in the $9,000-$12,000 range,” Dillard wrote in the affidavit.

Marble Falls Municipal Judge Cheryl Pounds signed an arrest warrant for the suspect. Soto was arrested and booked into the Burnet County Jail on July 13. She bonded out later the same day.

If convicted, Soto faces up to two years in the state jail.