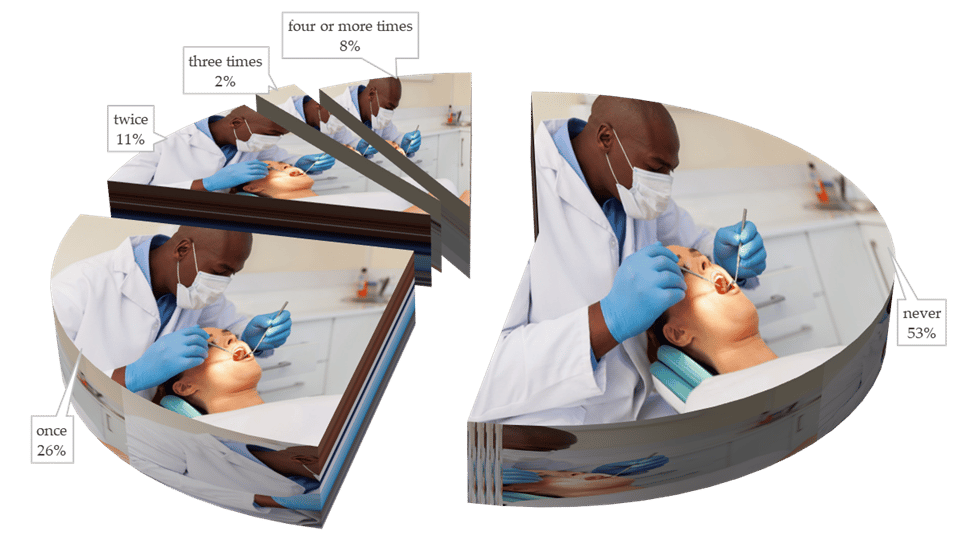 The American Dental Association’s Council on Dental Practice recently released the results of a survey completed last year that show that dental practice embezzlement is increasing.
There are some interesting results, and they generally do not constitute good news for the dental profession.
First, compared to a similar survey released just over ten years ago, the prevalence of embezzlement in practices is noticeably up. The 2008 survey had found that 35% of respondents had been victims of embezzlement. The survey released in February 2020 showed that 48% of those responding had been embezzled. This increase of 13 percentage points in ten years is significant and should be a cause for alarm among practice owners. The logical conclusion is that embezzlement will sooner or later affect more than 90% of practice owners.
The 2020 survey did something that the previous survey did not. For those who had been embezzled, it asked them how many times they had been victimized. From those who had reported being embezzled, 26% (i.e., 54% of those who had been victims) indicated that it had happened once, 23% of victims reported being stolen from twice, 5% of those stolen from declared three embezzlements and an astonishing 18% (which is 8% of all dentists surveyed) confirmed having been victims at least four times.

Many dentists believe in the honesty of long-service employees. The survey tested that hypothesis directly, asking embezzlement victims how long the thief had worked for them at the point of discovery. The following graph shows the results:

As you can see, almost half of the stealing employees had been employed for four or more years.
The survey asked how embezzlement was discovered. Predictably, there was a wide variety of answers, ranging from reported by another employee (28%) to discovery when changing accountants (3%). While the ADA did not do this in its survey, one additional analysis that we performed was to taxonomize the means of discovery into two categories; embezzlement discovered by the planned operation of a practice’s system of controls (of which an example would be discovery by reviewing the audit trail in a practice’s software) and stealing discovered by some chance occurrence (for example, when discovery is caused by a patient complaining about their account). This analysis revealed that only 17% of embezzlement was discovered through the systems employed by practices, with a staggeringly high 83% revealed through unpredictable events. Clearly, practice systems are not providing the protection that practice owners believe they are. David Harris, Prosperident’s CEO, is part of a group writing a series of articles designed to help practice owners receive a higher level of protection from their systems. The first article in the series is available here — https://www.dentistryiq.com/practice-management/financial/article/14073216/busting-embezzlement-part-1the-problem.
The survey also looked closely at the behaviors displayed by embezzlers, and the results are consistent with something that we have been saying for many years – embezzlers exhibit certain telltale behaviors, and one of the best ways to detect an embezzlement problem is to look for these behaviors. Here are the most prevalent behaviors of embezzlers, as determined by the survey (the percentages add up to more than 100% due to multiple responses):

Our Embezzlement Risk Assessment Questionnaire provides an excellent way for a practice owner to evaluate the behavior of employees. It is available at a modest cost in our electronic store at www.prosperident.com/store.

The ADA survey validates what our own experience over the last decade has suggested – embezzlement is increasing in dentistry. Practice owners need to be both vigilant and proactive in dealing with it. Prosperident’s Office Protection System provides an effective way of protecting a practice or a group of practices from embezzlement. More information is available here — https://www.prosperident.com/prosperidents-office-protection-system/ .