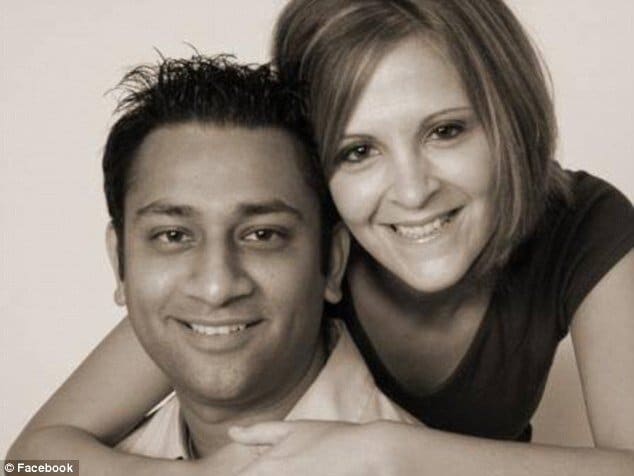 Update November 9, 2018.  Bert Franklin has been sentenced to life without parole for the murder of a 19-month-old boy.
“He is a danger to society,” Roxanne Lewis Randall, mother of the victim, told an Oklahoma County judge Friday during the former dentist’s sentencing. “He will plot, manipulate and murder.”
Dressed in black and white stripes and shackles, Bert Glen Franklin hung his head as Randall called him “pure evil.”

Update December 6, 2017 – Just when you think that this story could not become any more bizarre, new allegations have surfaced alleging that in addition to the murder that Dr. Frankin has already been accused of, he is also accused of attempting to hire someone to kill the baby’s mother so that she could not appear as a witness in the murder case he is facing.  It is alleged that the amount offered for this “hit” was $300.  See full details in this People Magazine article — http://people.com/crime/oklahoma-dentist-accused-of-ordering-hit-on-mother-of-toddler-he-allegedly-killed/

Update May 1, 2017 – this story has now been profiled on the Dr. Phil Show.  Part of Dr. Phil McGraw’s interview with Roxanne Lewis-Randall is below.  You can see the full interview on Dr. Phil’s web site here — http://www.drphil.com/videos/grieving-mom-roxanne-lewis-randall-describes-events-from-the-night-authorities-allege-bert-franklin-fatally-injured-her-toddler/

Dr. Bert Franklin looks like a wholesome, kindly dentist.  His bio on his practice’s website suggests a privileged and principled background:

Realizing the importance of education instilled in him by his parents, he continued his education by attending the University of Oklahoma College of Dentistry, where he received the Dental Wellness Partner Scholarship, an honor only awarded to four individuals in the country.

He is probably the last guy you would think would get into the trouble he now faces.
The married father of four was living a double life, carrying on an affair that lasted over a year, with Roxanne Lewis, a woman who apparently didn’t know that Dr. Franklin was married to someone else.

Then he was charged with first-degree murder in the death of Ms. Lewis’ 19-month old son, after his autopsy determined cause of death to be “blunt-force trauma to the head.”

But Dr. Franklin’s troubles weren’t over yet.  Next, he was charged with billing $80,000 to a patient’s credit card without authorization.

And if all of this wasn’t bizarre enough, one of Dr. Franklin’s employees was been charged with impersonating a dentist.  See our story at https://www.prosperident.com/2016/08/17/woman-first-tries-embezzlement-impersonates-dentist-part-crime-wave-affecting-tulsa-ok-office/.
This must have been an exciting office to work in — you just never knew when the police would show up to arrest someone.
_________________________

Update:  On August 25, 2016, the Oklahoma Board of Dentistry suspended Dr. Franklin, but not because he is accused of committing murder.  The suspension is a result of approximately 20 patient complaints alleging unprofessional acts and use of unlicensed auxiliaries.
Read the story here:
On Friday morning, the Oklahoma Board of Dentistry voted unanimously for an emergency temporary suspension to be placed on Bert Franklin’s dental license.
Suspension papers were served to Franklin, who remains locked up at the Oklahoma County jail.  And the temporary suspension is not based on the murder charge he is facing, but on dozens of patient complaints the board has received.
The Oklahoma Board of Dentistry listened to claim after claim of how Franklin performed faulty dental work, allowed his unlicensed dental assistant to do unsupervised procedures, and how he reportedly gave drugs to patients who had no treatment plan in place.
“It is very shocking to see,” said Dr. James Sparks, President of the Board of Dentistry. “It makes us all look bad.”
The documents also allege a patient who was supposed to be under nitrous oxide during a procedure was still awake and heard Franklin and his assistant saying “filthy sexual things” to each other all while he was being treated in the dental chair.
Franklin is also accused of asking one of his patients if he could borrow some money for a piece of dental equipment, and then charged a total of $80,000 to her credit card.
“Every patient should go in with a comfort and belief that they are safe. And for him to take advantage of a person in that manner is completely unacceptable,” said Board of Dentistry Executive Director, Susan Rogers.
Rogers says they began investigating Franklin and his Signature Smiles practice back in February of this year, but since he was arrested for the murder, their phones have been ringing off the hook.
“This is a very unusual case. We have a dentist that is charged with First-Degree Murder, which is very serious,” said Rogers. “In the last three days we have received multiple phone calls we still have 20 individuals we still need to go interview.”
News 9 has also learned that Franklin’s dental assistant was also charged with impersonating a dentist in Tulsa County and is currently out on bond.
“The allegations that have come forth the last two days have actually been much more horrific than the original charges,” said Rogers. “To the point that we are obviously very concerned and we are following through with every person who contacts us to legitimize their complaint and see if its valid or not.”
Franklin does have a right to a full hearing, but he can’t do that while he is in jail facing the murder charge. News 9 has learned he is now also facing two counts of obtaining money by fraud in Tulsa County.
News 9 spoke with Franklin’s attorney about the hearing and the additional charges, and he said Franklin has much bigger worries to deal with right now.
Content retrieved from  http://www.news9.com/story/32798057/board-of-dentistry-votes-to-temporarily-suspend-bert-franklins-dental-license