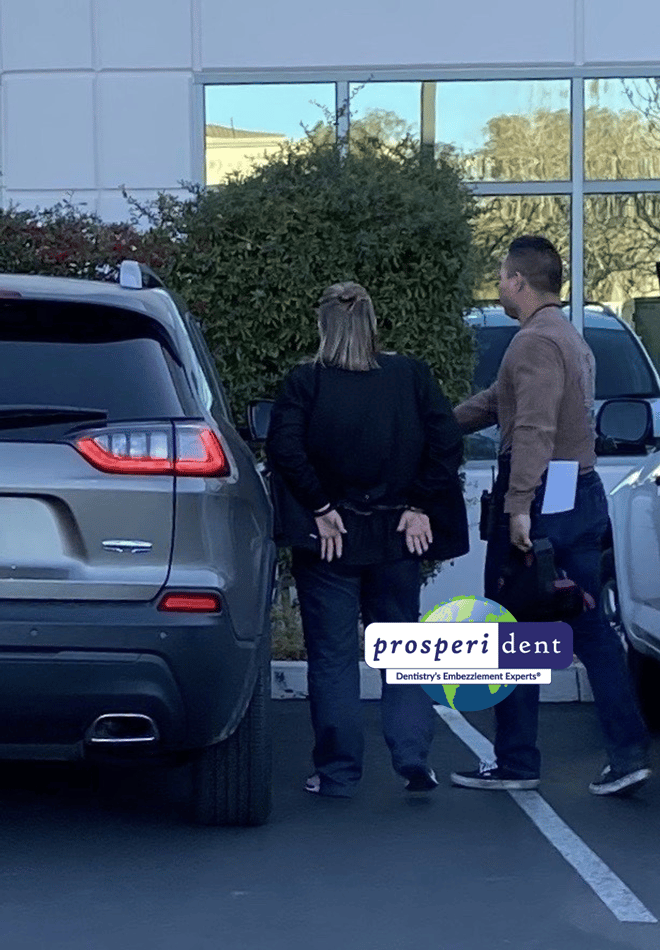 Should I call the police if I think I have been embezzled? I have recently been involved in a couple of Facebook discussions that had a common element that I wanted to share with you. The posts both started the same way; the dentists making the posts disclosed that they had recently found out that they had been embezzled by employees and were wondering what to do next.

Plenty of dentists chimed in, mostly with the suggestion that the victims call the police right away. Contacting Prosperident was the second-most popular suggestion. The third most popular advice was for the victims to contact their attorneys, and a few of those posting suggested someone else, like a practice management software trainer or consultant.

To be clear, those offering the advice were trying to be helpful. Unfortunately, their good intentions were stymied by a lack of understanding of how the justice system functions. Fortunately, most dentists have had little contact with this part of the legal system, and probably in most cases, their knowledge comes from watching police dramas on television, where the brilliant detective puts the pieces of the jigsaw puzzle together to solve the crime.

I’ve met many very smart detectives, but I also know the realities of the justice system. If a police department has 100 detectives (which would probably mean that it serves approximately three million citizens), it is likely that 80-85 of those detectives deal with violent crimes, narcotics, and vice, with the remaining 15-20 dealing with economic crime.

While this seems like a decent number, their responsibilities are pretty broad and typically include the following — investigating auto repair frauds; offers of bribes; consumer fraud violations; Corporate Security Act violations; any crime committed through the use of computer-stored information or sabotage to computer-stored information; and the manufacture, distribution, or wholesaling of pirated sound and video recordings. Buried somewhere in this long list is embezzlement.

As you might expect, commercial crime detectives tend to have crushing caseloads. They also get pulled away from their primary responsibilities for lots of other things — firearms recertification, hostage rescue training, special assignments etc. Commercial crime tends not to be a complete career path but is typically a rotational assignment that detectives will spend a year or two in, along with stints in vice and narcotics on their way up the ladder. While there are well-educated detectives with undergraduate or master’s degrees, many of these people move quickly into supervisory ranks, and it is common for detectives to have a high school education or an associate’s degree.

As far as commercial crime goes, embezzlement in a dental practice is at the high end of complexity. It is typically concealed in industry-specific practice management software, and while it is easy for those of us who work in dentistry to forget, the concepts and terminology involved are daunting for outsiders to grasp. Picture for a minute trying to explain how dual insurance works when you are in network with one insurance company and out of network with the other to someone who understands nothing about dentistry, and you know exactly what I mean.

This lack of knowledge also makes it impractical to hire, for example, a generalist forensic accountant because the steep learning curve needed to investigate a dental matter properly will be climbed at your expense.

So, that busy and untrained detective has no hope of making sense of your audit trail printout or the spreadsheet to made that shows your losses.

Prosperident’s job as experienced and specialized investigators is two-fold. First, we need to perform a “primary” investigation to determine what really happened. And second, we need to prepare a report that conveys that information in a way that a detective, prosecutor or judge can understand.

Once the primary investigation is complete, your matter can be entered into the justice system with a reasonable possibility of success – in other words, it is OK at that point to call the police.

What about your lawyer – can they help? They can probably provide some general advice. However, criminal prosecution is treated as a crime against the community, and therefore the prosecutor is hired (and paid) by the state or federal government. This is important — you do not need to pay the legal costs of obtaining justice if you have been embezzled.

Do you have questions about your situation? Involving us early is your best bet.

Want to read David Harris’ book on embezzlement? Check it out HERE.