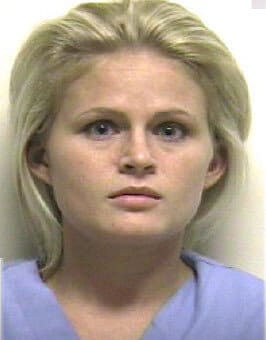 LEHI — Police in Lehi have arrested a dental office employee on charges of prescription fraud. The woman is accused of using her position at work to call in hundreds of Lortab pills over several months.

The dental office not only specializes in routine dental work but also is an oral surgery practice. In this case, the employee is accused of calling in 42 separate prescriptions and told detectives she was taking more than a dozen painkillers a day for the past five months.

According to documents filed in Fourth District Court, Stonehaven Dental contacted police after noticing discrepancies in a controlled substance report.

Employee Danielle Stevens, 24, was arrested by Lehi police and booked into jail Thursday afternoon on 42 counts of prescription fraud.

It was discovered that Stevens had called in prescriptions for hydrocodone to two pharmacies in the same neighborhood, going back as far as March.

She had been fraudulently using a DEA number from the dentist’s office to give the pharmacies to be able to get the prescriptions.

Stevens told detectives she had been needing as many 16 pills a day and was able to use her position at the office to get the painkillers.

Stonehaven Dental says Stevens is no longer employed at the office.

During a brief court appearance Friday morning, the judge set Stevens’ bail at $250 cash. She bailed out Friday afternoon but will return to court next Friday, when charges will likely be filed.