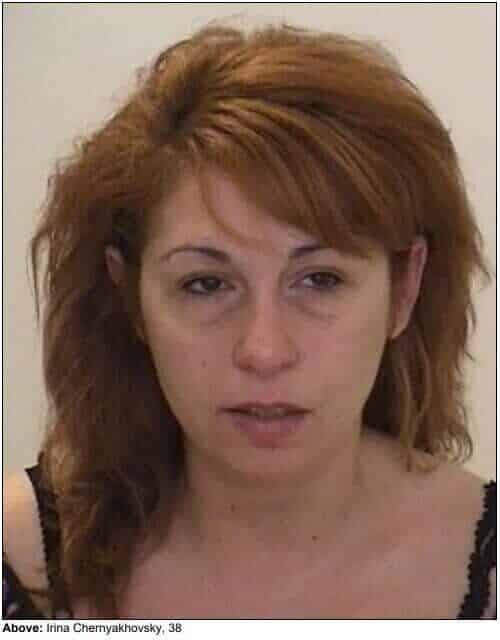 Our friend Irina Fooks (aka Irina Chernyakhovsky) has received a three-year prison sentence, so we may not be hearing from her for a while.  Here is her sentencing report, which makes her misdeeds very evident. To watch a webinar on how to prevent people like Irina Fooks with “baggage” from getting jobs in your practice, click HERE.

Today we spoke with a Toronto-area dentist who told us that Irina Fooks had worked for him in 2015 for approximately six months and had embezzled approximately $90,000.  Last week she pled guilty to several counts of fraud for this and will be sentenced in September 2017. This dentist is NOT the one where Irina was caught with the three checks in her purse in the story below. With her record of past convictions, it is highly likely that she will return to prison when sentenced. See related stories https://www.prosperident.com/2016/08/04/dental-embezzler-charged-fraud-using-60-stolen-identities/ and https://www.prosperident.com/2015/10/27/irina_chernyakhovsky/ Content retrieved from Markham dental office scammer arrested again Markham Economist & Sun
By Jeremy Grimaldi

Only two months after she was charged for a $230,000 employment insurance fraud, serial dentist office scammer Irina Chernyakhovsky has been arrested once again.

York Regional Police’s fraud squad cuffed Chernyakhovksy on Monday – with three cheques in her purse – after she had been once again hired at a dental office, this time in her hometown of Markham.

Although it appears she changed her appearance, someone recognized her and called police.

“It just goes to show you how quickly it can happen,” said an employee who wished to remain anonymous, noting Chernyakhovsky had only been employed for a matter of days.

In all, Chernyakhovsky has been linked to about 60 different identities and has been convicted of frauds throughout the dental industry.

One of the scams she has been convicted of involved submitting fraudulent insurance claims for expensive dental procedures under patients’ names and then intercepting their insurance cheques, according to the Royal College of Dental Surgeons of Ontario.

In previous schemes, she swindled $193,336 from banks and insurers.

But it’s not only institutions she has stolen from as dentists around the region and farther afield have been hit.

At her last trial, Chernyakhovsky’s lawyer said her penchant for fraud began when her husband left her penniless in 2004.

Chernyakhovsky’s son, Josh, said his mom is a great person, but admitted that she made a mistake.

She has been charged with breaching her bail conditions, which forbid her from working around finances, claims or receivables and possessing cheques.