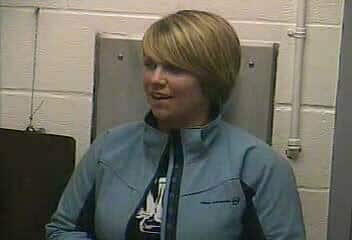 Jennifer Rose Priddy, 30, of Elizabethtown, a former employee of Dr. Douglas L. Baumgardner, was indicted by a LaRue County grand jury in January on one count of theft by unlawful taking.

Aaron Gabhart, a detective with Kentucky State Police, was given the opportunity in September 2009 to testify about the circumstances leading to the charge. In the preliminary hearing, he said an investigation uncovered several instances of deposit slips not matching daily receipts, discounts manually entered on a computerized bookkeeping system when cash receipts were involved and funds transferred between patient accounts without sufficient documentation.

The inaccuracies, dating from March 2005 through June 2008, were discovered when “a large number of unprocessed claims” surfaced and the accounts were reviewed, according to Gabhart.

According to court records, about $50,000 had not been billed through accounts receivable and a total of $17,032.42 was unaccounted for through deposit records.
Gabhart said two employees were working at the dental office during the time and Jennifer Priddy was the only one with access to the bookkeeping system and responsible for bank deposits.

On July 19, a grand jury heard additional evidence and charged Priddy with theft by deception, over $300, and complicity. She is accused of acting alone or in concert with Eric D. Bradley, 23, of unlawfully obtaining property or services of another “by creating or reinforcing a false impression.”
Bradley, of Eastview, was indicted on the same charges.

Court documents indicate that Bradley – a relative of Priddy’s – was a patient of Baumgardner’s. Bradley is accused of not paying for dental services valued at more than $500. Priddy is accused of diverting payments from other patients’ accounts to cover Bradley’s bill.

Priddy’s bond is set at $9,500 unsecured on condition that she have no contact with the dental office or Bradley.

Bradley’s bond is $5,000 cash only on condition that he have no contact with the alleged victim or Jennifer Priddy.
They were arraigned Monday in LaRue Circuit Court.