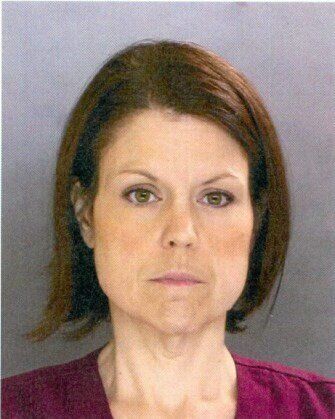 Clarks Summit police charged Leah Price, the former office manager of a borough dentist, this week with stealing nearly $27,000 from her employer.

“It’s frustrating when you really trust someone and treat them like family,” Dr. Dennis said.

In November, American Express contacted him and said they were stopping the account because of “flags.” He learned his “second card” had made 63 percent of the account’s purchases. He had no idea about a second card.

Dr. Dennis confronted Ms. Price and she admitted she made personal purchases. She wrote a statement and said it was an “accident” and she made the purchases because she was “stuck in a corner” and “panicked.” Dr. Dennis fired her.

She agreed to pay the amount she stole, which she said was $7,000, in lieu of criminal charges. Dr. Dennis had an accountant, Paul J. Cobb, go over the statements and found that Ms. Price paid different credit cards not owned by the business by charging them to the business card in the amount of $26,925.33. Officer Orzalek and Police Chief Chris Yarns met with Dr. Dennis, Mr. Cobb and Dr. Dennis’ attorney, Jason Mattioli, on Friday to report the theft.

Dr. Dennis did not know Leah Price’s history, he said.

Ms. Price pleaded guilty in August 2012 to one misdemeanor count of theft by unlawful taking. The plea deal dropped one felony receiving stolen property charge and 29 felony forgery charges on accusations by detectives in the Lackawanna County district attorney’s office that she stole $18,716.25 from Linwood Nursing and Rehabilitation Center in Scranton, where she worked as a business office manager. Detectives said during her September 2011 arrest that she submitted insurance bills for payment of five people who did not work at the facility over the course of one year.

County Judge Vito Geroulo sentenced her to three years of probation on Feb. 6, 2013.

Dr. Dennis learned of the crime after the new charges had been filed, he said.

Leah Price is charged with forged credit cards, theft by unlawful taking and receiving stolen property, both felonies. Bail was set at $25,000 and a preliminary hearing was scheduled for Tuesday.

According to the criminal complaint, Leah Marie Price, 41, of Dickson City, is charged with using a company credit card, owned by Charles W. Dennis, DMD, to pay off $26,925.33 worth of personal credit card bills. Price was taken to the Lackawanna County Jail, with bail set at $25,000.

According to Dennis, Price was employed at the office for about one-and-a-half years before the incident unraveled and she was fired.

“I feel violated,” said the dentist. “It was a valued employee that I’ve trusted with, obviously, my personal and my office finances, and that I helped out many times personally to help her better herself, being a single mother. And her working literally an arm’s length away from me and stealing from me, after I paid her very well.”

The affidavit states Yarns and Patrolman Edward Orzalek met with Dennis, his accountant Paul J. Cobb and his attorney Jason Mattioli at his office at 116 N. State St. on Friday, Dec. 4 to review findings of the accountant’s investigation into a credit card.

“We were informed that sometime in September of this year, Dennis’ office manager/employee (the defendant) spoke to him about opening up a credit card for the business,” reads the affidavit. “He states she wanted to open one that had ‘miles reward,’ and she helped him open an American Express Gold Business account. He stated she filled out the paperwork and then had him sign the contract and sent it back. At that time, without his knowledge, the suspect Price opened a second charge card on the account under her name.”

According to the affidavit, Dennis later received a call from the credit card company regarding the deactivation of the card due to “flags.” When he confronted Price, she allegedly told him she used the card for numerous personal items on “accident” and was also using it to pay off other cards. She then agreed to pay Dennis $7,000 in lieu of the charges being pressed.

Dennis then decided to have his accountant go over the statements. During his review, Cobb discovered the $26,925.33 worth of payments to various other cards not owned by the business.

Dennis said he also learned during the process that Price has a criminal record, including charges of check forgery while working as an office manager at Linwood Nursing and Rehabilitation Center in Scranton. He said he regrets his failure to research the former employee’s history properly before hiring her.

According to a Lackawanna County Court docket, Price was charged by Magisterial District Judge Joanne Price Corbett in September 2011 with 29 counts of forgery.

“Had I done a Google search, or checked on her, I think this could have been averted,” Dennis said.