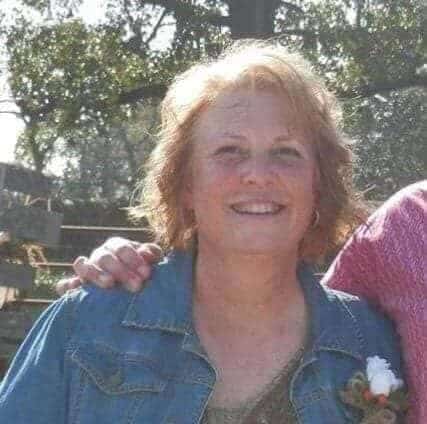 Surrounded by family and friends, Shirley Scheets of Houston was sentenced Tuesday to 18 months in federal prison on charges that she embezzled from her elderly father.

Shirley Scheets, 50, was ordered to prison by Aug. 3 after U.S. District Judge Richard E. Dorr heard testimony during a sentencing hearing in U.S. District Court in downtown Springfield. The prison time is followed by three years of supervised probation, and Scheets also must immediately make restitution to her father, Dr. Glen Schuster, who testified against her from a wheelchair and described himself as financially broke, urging the judge to mandate a long prison term and restitution to him. His daughter, Lea, sat nearby. In lieu of a timely payment, Scheets may make installments under a formula outlined by Dorr, who said the sentence was dictated by a guilty plea entered earlier by Scheets.

Despite pleas for leniency, Dorr said probation was inconsistent with the magnitude of the crime, he wouldn’t be swayed by the emotions of the testimony about Scheets’ character and must follow the facts in the case. “It’s as though we’re dealing with two different people,” Dorr said after hearing several pleas for probation. Scheets’ attorney, Scott McBride of Rolla, can appeal.

About 75 friends and family gathered in a small third-floor courtroom in support of Scheets, who served as her father’s office manager at his South Sam Houston Blvd. dental practice and assisted him on a horse and dog breeding operation east of Houston. About 85 letters of support were reviewed by the judge, who noted the outpouring of support was exceptional in his career.

Friends and acquaintances said Scheets was a faithful, loving daughter who returned to her native Houston to help her father after he lost his office manager and needed assistance on the family farm. They noted she was eager to always help others.
Dr. B.C. Taylor, a Houston veterinarian, said he found Scheets active in the care of the animals when he arrived for calls. A family friend and former Schuster employee, Bob Richards, said the dentist’s daughter was always busy on the farm, performing chores.
“My personal feeling is that this shouldn’t have ever occurred,” Richards said of the charges brought in the April 2009 indictment by a grand jury.
Julius Fraley, a longtime neighbor to Schuster, said Shirley Scheets was actively involved in the management of the farm and readily helped him.
A high school classmate, Becky Bryan of Rolla, described how her friend returned to Houston to help her dad, telling her, “Daddy needs me.” Bryan said the statement was typical of her friend. “Shirley is the cream of crop,” she told the judge.
Bryan said Schuster’s testimony left her puzzled. “The man I know wouldn’t have ever said that,” she told Dorr and wondered if he was operating with “full capacity.”
Shirley Scheets’ employer, Dr. Tom Dunn, another local veterinarian, said Scheets was a trustworthy employee who excelled at her job. Texas County Sheriff Carl Watson said the Scheets family members were “good, hard-working people” and said he found the defendant to be faithful to family and willing “to do what was right.”
Assistant U.S. Attorney Robyn McKee said she didn’t doubt the sincerity of those seeking probation for Scheets, but the facts in the case files painted a different picture.
In a court filing last week, Scheets admitted to:
*Cashing $31,119 in CDs without the authorization of her father.
*Making $25,407 in credit card payments from her father’s business accounts without his authorization for charges she incurred.
*Taking $43,213 in Schuster’s Social Security checks without his authorization.
*Drawing out $25,056 on the victim’s accounts without his permission.
Dorr noted the agreed-upon loss reflected about $100,000 less than what was determined by investigators.
Scheets also admitted that she concealed from her father the fact that she did not file income tax returns or pay Dr. Schuster’s income or personal property taxes from about 1997 to 2007. She admitted to representing to her father that his tax returns and income and personal property taxes were being filed and paid in a timely manner. She also shielded Dr. Schuster from “learning the true nature and amount of the accumulated tax liability,” according to her agreement with the U.S. attorney’s office. A pre-sentence investigation report also shows Scheets was convicted with employee theft, a misdemeanor, in 1984 in Reno, Nev., McKee said.
Scheets told the judge she was sorry for her actions. She said she worked hard to juggle the demands of the dental practice and farm to provide her father with a sense of self-worth, but cash from the business wasn’t enough to cover his expenses. Scheets told the judge she regretted not telling her father about his IRS tax shortfalls and for the resulting turmoil occurring in her family. “It has split the family wide open,” she said. Shirley Scheets no longer has any relationship with her father, and she told the judge Tuesday it would likely be the last time she would ever see him.
McKee, the federal prosecutor, said the Scheets’ claims of juggling financial accounts to keep Schuster’s affairs afloat didn’t add up, noting that his Social Security checks were cashed and not deposited into the proper account. The actions, McKee alleged, had left Schuster as “a virtual pauper” without insurance after his policies lapsed. Amid sobs in the courtroom, McKee said those gathered weren’t aware of the magnitude of the financial crime. Scheets also must face a county civil suit on credit card debt seeking about $5,100.
The U.S. Bureau of Prisons will assign Shirley Scheets’ incarceration venue. McBride asked that the location be a state close to her home.
Shirley Scheets received the sentence in U.S. District Court in Springfield. She also was ordered to serve three years of supervised probation and must pay $124,795 in restitution to her father, Dr. Glen Schuster, a retired dentist.
Scheets must report to prison Aug. 3. She has the right to appeal.
Several Houston residents testified on Shirley Scheets’ behalf, and about 85 sent letters to the judge.

Sobs were heard throughout the courtroom as Shirley Scheets received her sentence.
The agreed-upon loss triggers an increase in her possible sentence under federal guidelines. She reserved her right to challenge the assessment during her sentencing hearing.
Shirley Scheets also admitted that she concealed from her father the fact that she did not file income tax returns or pay Dr. Schuster’s income or personal property taxes from about 1997 to 2007. She admitted representing to her father that his tax returns and income and personal property taxes were being filed and paid in a timely manner. She also shielded Dr. Schuster from “learning the true nature and amount of the accumulated tax liability,” according to her agreement with the U.S. attorney’s office.
Schuster entered a guilty plea in February to taking the $31,000. She was originally indicted by a federal grand jury in April 2009.
Have questions or concerns? Call us toll-free at 888-398-2327 or click HERE.