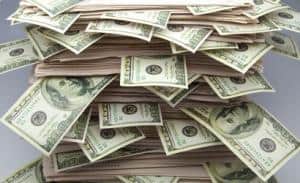 Building a successful orthodontic practice is no small feat. It takes unwavering commitment, good marketing skills, smart business sense, and a dedicated support staff. Turning a profit is key to the future of any fee-for-service practice, and maintaining an influx of referrals should leave any practitioner resting easy.

David Harris, CEO of Prosperident dental embezzlement experts, argues that being on top may have its challenges, too. According to Harris, three in five dentists will be the victims of embezzlement at some point in their careers, and those who remain present in their operations stand a better chance of intercepting fraud before it begins.

“Embezzlement is not a crime of opportunity,” Harris says. “It happens when a staff member believes they have a stronger right to the doctor’s money than the doctor. We see a lot of intricate planning in this field, as well as very bright people embezzling.”

And with no rhyme or reason as to which practices will be affected or which will not, Harris says fraud has far more to do with the staff than the office. He breaks down the pattern of thieves into two categories: “the needy and the greedy.”

“The ‘needy’ have their backs against the wall financially, and something happening in their lives is threatening their basic needs,” he states. “Under pressure, ethics become situational.”

As for the “greedy,” they are entitled individuals. “They’re smart, and they sit and wait for society to reward their talents,” Harris continues. “When that fails, they take matters into their own hands. Stealing and spending money on luxury items is a way of showcasing their talents.”

Statistically, most orthodontic-practice embezzlers are women, due largely in part to that fact that women make up the overwhelming majority of administrative staff in any given practice. The offenders have typically spent 5 or more years in the office, and, at their time of hire, had no intention of stealing from their employer.

However, once they have built a relationship with the doctor over time, they often consider themselves to be his or her intellectual peer. It is at that point when the embezzler becomes resentful of the discrepancy in income and fraud begins. Shockingly, the average offender steals more than $150,000 and is embezzling for 2 to 3 years before they are caught.

“Thieves are often reluctant to take a vacation; they resist software upgrades; and they tend to be very territorial—they don’t want to cross-train in their duties or allow others to help in their workspace. They need control over their environments.”

If an orthodontist suspects fraud, Harris urges censorship. “Stealth is important because thieves will self-preserve if they suspect they have been discovered. The key is to try to preserve evidence.”

He suggests any practitioner who notices symptoms of embezzlement seek the help of an expert. And while chasing a thief usually tends to be unproductive as stolen funds are often spent, most practices can rely on employee dishonesty insurance coverage and seeking to recover funds from banks.

“When you see symptoms of embezzlement, react decisively,” Harris states. “Deal with it, and don’t ignore the symptoms. It just might be real.” OP

Content retrieved from The Truth About Embezzlement – Orthodontic Products