Dentists are vulnerable to fraud far more often than you would expect. Information Morning’s Angela MacIvor has the story. 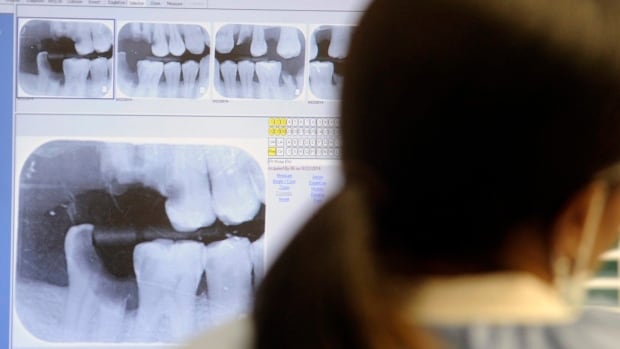 Dentists are more prone to become fraud victims than other small business owners, according to a Halifax firm that specializes in dental embezzlement.
Prosperident has been investigating dental office fraud for 25 years. The company started out focusing on Nova Scotia cases and now considers itself the “World’s largest dental embezzlement investigation firm.”
David Harris, CEO of Prosperident, has worked on hundreds of cases in Canada, the United States and as far away as Australia. He says dental office fraud is rampant and his business only covers the tip of the iceberg.
“There’s about a 60 percent chance that eventually a dentist will be embezzled in his or her career,” said Harris.
It’s a daunting odd that doesn’t surprise Russell MacSween, president of the Nova Scotia Dental Association. He believes most dentists don’t bother coming forward.
“I would have to think that occasionally people won’t report it to the Nova Scotia Dental Association or the dental board or maybe even the authorities. I think sometimes if people get embezzled, it may not be enough money for them to proceed or you know they’re just embarrassed that it happened to them,” MacSween said.

According to Harris, dental offices are easy targets because most services are paid for by insurance companies.
“That creates an opportunity for thieves that isn’t there in most other businesses. I think embezzlers exploit that, but beyond that, dentists are like other small business owners. They’re stretched a whole bunch of different ways,” Harris said.
As a dentist himself, MacSween says he has never fallen victim.  However, he sees how it can happen.
“I think some of the problems arise, and I’ve heard this from other people who have been embezzled, that it was always one person who dealt with the money and one person only and they were very protective of what the money that was being dealt with and only that person would look at it so it was very easy for them to control the whole situation,” he said.

Harris agrees that control is a common sign among deceptive employees.
“They don’t want to take a vacation, they come in early or they stay late, they tend to be resistant to change because change increases the possibility of detection or may reduce the opportunity they have to steal. So those are the kinds of things that we teach dentists to look for,” said Harris.
“I don’t work with other types of businesses, but I suspect that exactly the same things would apply there.”

Russell MacSween, president of the Nova Scotia Dental Association, says he believes many dentists who are victims of fraud don’t come forward with allegations. (Angela MacIvor/CBC)

According to Prosperident’s case files, the average amount stolen from dental offices is $105,000. Harris says few dentists report it to police because the likelihood of getting their money back is low.
“If you talk to anybody who has ever received a restitution order, I mean they get paid back in pennies over long periods of time,” Harris said.
“Picture somebody who just got released from prison, who is more or less unemployable trying to pay that back. It’s not going to happen.”

Harris says he has investigated cases where people have stolen from 10 to 12 different dental offices. He has a term for those offenders: serial embezzlers.
“There are people who steal in a dental office, get caught and get fired and of course the justice system takes a long time to kick in so there’s a period of years typically when this person is walking around uncharged or unconvicted with a crime, and in that time they tend to go back to what we know which is working in a dental office and stealing,” said Harris.
Although he advises dentists to screen new applicants closely, Harris says it’s the trusted employees who need to be watched closely.
“I think dentists think that the true danger to their practice is somebody who they hire today and who starts stealing tomorrow,” he said.
“Those people exist, but almost every big embezzlement is from a very long-term employee who has no checkered background whatsoever and they work for the dentist for five or 20 years and then come in one day and start stealing.”
Do you have questions about embezzlement?  Give Prosperident a call at 888-398-2327 or click HERE.
Content retrieved from Dentists vulnerable to employee fraud – CBC.ca | Information Morning Nova Scotia