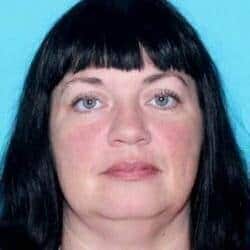 Sonsalla, 38, and Loewen, 46, were charged this week with two counts of false insurance claims and one count of first-degree theft in Spokane County Superior Court. Both worked at Condon Dental in Liberty Lake. The insurance company Aflac paid Sonsalla $6,470 for 19 false claims and Loewen more than $10,800 for 32 false claims they filed using family members’ names between June 2010 and March 2014, according to court documents. They allegedly filed billings using the company computer system and printed out the documents, then deleted the electronic versions before they appeared on account ledgers. “It’s no different from going into a grocery and stealing off the shelf, or a jewelry store,” said Dr. Michael Condon, the owner of the clinic, whose brother is Spokane Mayor David Condon. “It’s no different to me.” Condon said both women quit their jobs during the investigation, and no money was stolen directly from patients. Sonsalla’s ex-husband tipped off Aflac to the false claims in April 2013, court documents say. The investigation was carried out by the state Office of the Insurance Commissioner. Both women face up to 364 days in prison and fines of up to $5,000 Have questions or concerns? Call us toll-free at 888-398-2327 or click HERE. Content retrieved from http://www.spokesman.com/stories/2015/jul/31/in-brief-two-accused-of-dental-claim-scheme/?print-friendly