A Morganton woman was sent to prison on Monday for embezzling more than $300,000 from a Marion business. 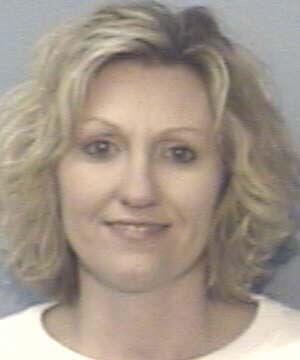 A Morganton woman was sent to prison on Monday for embezzling more than $300,000 from a Marion business.

Tammy Davis Gurley, 48, of Wesley Road in Morganton, was found guilty of one count of Class C embezzlement Monday in McDowell County Superior Court. Gurley’s lawyer told the judge that she has accepted responsibility for her conduct.

She was sentenced to a minimum of 44 months and a maximum of 62 months in prison. She did not have any days time served and is not to have contact with the victims. She was immediately taken into custody in the courtroom.

In Aug. of 2013, Gurley was arrested and charged with embezzling from the orthodontist office of Dr. Christopher Nevant, located on South Main Street in Marion. Gurley was employed at the office for nearly 15 years and was responsible for daily deposits and insurance claims.

Nevant told The McDowell News on Monday the total amount of money she took was $339,128.35 over a period of five years.

“I am happy that this case has finally been brought to justice,” said Nevant in a prepared statement. “It was a very unfortunate situation that occurred and I have learned a lot about embezzlement over the past two years. Embezzlement is a serious crime that destroys many people and in most instances, the embezzler is never held accountable.”

Nevant thanked Sgt. Rick Gutierrez of the Marion Police Department who was responsible for investigating and charging Gurley.

“He has worked diligently over the past two years doing everything he could to prosecute this crime fairly and professionally. Rick has spent countless hours reviewing financial information to properly document the circumstances that occurred,” Nevant said in his prepared statement. “I appreciate Rick’s dedication to this case to assure that the criminal was held responsible for her action.”

Nevant said the conviction was also made possible by McDowell’s new district attorney Ted Bell, who he said took the case very seriously.

“District Attorney Ted Bell was willing to put the time and effort into this case to be sure that justice was properly served and the convicted felon was not let off with a slap on the wrist,” said Nevant in his statement. “Ted Bell is committed to hold criminals responsible for their actions and is a breath of fresh air to the criminal justice system in McDowell and Rutherford counties that was very much overdue.”

While the coronavirus has had a dramatic effect on many dental practices, fortunately, we are a geographically dispersed company, with many of our team normally working from their home offices.  So we are fully functional and expect to remain so.

We are offering several special programs for practices with cash flow issues caused by the coronavirus; please feel free to CONTACT US for more information.

If you are looking for our Power Hour webinar series, information is HERE.